Hungary received the Academy Award this year, but where is the next big thing? We found some potential candidates.

We recently witnessed the great critical acclaim and audience success of László Nemes’s Son of Saul (Saul fia), which went onto win the Academy Award for Best Foreign Language Film. Over the last couple of years there have been quite a few niche films, made mostly by young Hungarian directors, that have also managed to reach their audience e.g.: Liza, the Fox-Fairy (Liza, a rókatündér) and For Some Inexplicable Reason (Van valami furcsa és megmagyarázhatatlan), but Hungarian films that combine artistic vision with a truly wide audience appeal have mostly eluded us so far.

However, this could change in the near future, as several big-shot Hungarian directors gear up for their new projects. If we look at the films currently in production or pre-production, we see a number of promising projects that seem to represent a somewhat different approach to genre filmmaking than most of the output offered in recent years. A wider array of genres is being tackled and more emphasis is being placed on reaching a wide audience, while still maintaining the artistic integrity of the projects.

A good example of this new approach is Kornél Mundruczó’s, who in 2014 won the Un Certain Regard Prize and whose two previous feature films were in competition in Cannes. Mundruczó starts shooting his 7th full-length film in May. Entitled Superfluous Man (Felesleges ember), the Hungarian-German co-production aims to continue towards more mainstream appeal, a change of direction that began with White God (Fehér isten), a story about a pubescent girl and her dog. Superfluous Man is about a boy with superpowers who befriends a doctor, and while this might sound like the log line for a Marvel Studio production, Mundruczó deals with topics of faith and the lack thereof, and his film is markedly set during the current migration crisis.

Another example of going in another direction are the pronounced sci-fi elements in György Pálfi’s new project, His Master’s Voice (A hang), which rather than being an adaptation is inspired by Stanislaw Lem’s novel. Funded by the Hungarian National Film Fund, the film follows a Hungarian man in the United States searching for his long-lost father who was part of a secret team of scientists looking for proof of intelligent extraterrestrial life. Pálfi won the Best Director Award at the Karlovy Vary International Film Festival in 2014 with his previous feature film, Free Fall (Szabadesés), and has made several low-budget films over the past few years. His biggest endeavour yet, though, will be His Master’s Voice. We can rest assured that Pálfi will bring his unique vision – previously evidenced by his films Hukkle and Taxidermia – to the project which, combined with a bigger budget and a more relatable story, will bring us a film that speaks to audiences both in Hungary and abroad. 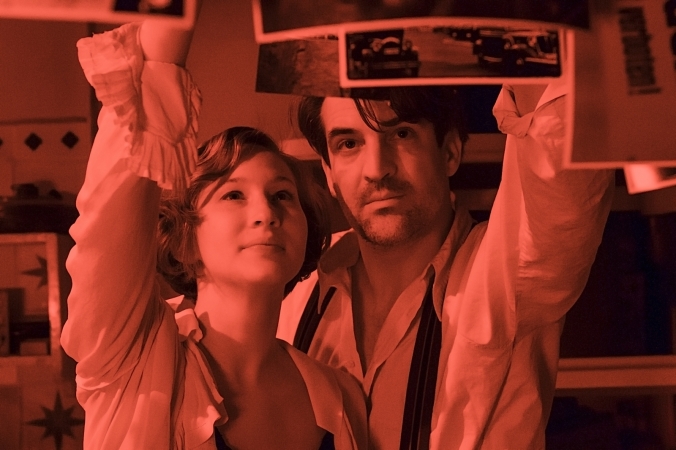 As difficult as sci-fi movies may be from a production point of view, period films may in fact be even more challenging. Nevertheless, two recent high-profile Hungarian productionswere not afraid to take on the task. Budapest Noir, based on Vilmos Kondor’s successful novel of the same name, has just wrapped production. A crime story set in the seedy underbelly of Budapest in the 1930s, it focuses on a battered journalist who takes it upon himself to uncover the murder of a Jewish prostitute. Helmed by Éva Gárdos – who directed the autobiographical ‘An American Rhapsody’ starring a young Scarlett Johansson – and shot by Elemér Ragályi, it promises an enjoyable and exciting, albeit somewhat dark, ride into the past. The popularity of Kondor’s book in Hungary makes it a very likely national success, but the film, boasting high production values, might very well find its way to noir fans abroad as well.

The second period piece, The Invincible (Kincsem), received the highest ever support from the Hungarian National Film Fund: roughly EUR 6.7 million. Set in 19th-century Hungary, the film gets its title from the famous unbeaten racehorse and focuses on the rivalry between the horse’s owner, a Hungarian nobleman, and an Austrian aristocrat, with a love story tucked in there too. Directed by Gábor Herendi, who made popular hits A Kind of America (Valami Amerika) and Hungarian Vagabond (Magyar vándor), and featuring well-known actors Ervin Nagy and Andrea Petrik in the main roles, as well as its spectacular horserace scenes, the film will undoubtedly deliver the kind of entertainment that can be appreciated by a wide range of audiences.

Last but definitely not least, Nimród Antal, who returns to Hungarian filmmaking 13 years after his debut feature Control (Kontroll). The darkly humorous film about ticket controllers working in the Budapest metro was very popular in Hungary and even gathered a cult following in the United States. Following this success, the young filmmaker went on to direct Hollywood movies such as Vacancy, a thriller with Kate Beckinsale and Luke Wilson, and Predators, under the guidance of Robert Rodriguez, who produced the 2010 installment in the franchise.

Antal returns to the fold this summer with The Whiskey Robber. Said to be a mixture of genres, the film is about the notorious Hungarian criminal, Attila Ambrus, who before getting caught robbed several dozen banks in Budapest in the 1990s. And after serving a 10-year prison sentence he became a pottery maker. Partially due to the fact that he never harmed anyone during his robberies, he became somewhat of a Hungarian folk hero and continues to fascinate people. Antal aims to portray not only the robberies but also the whole arc of Ambrus’s life, from his humble origins in Romania until the present day. Ever since Control, Hungarian audiences have been waiting for another Antal movie in the same vein, mixing human drama and thriller elements, as well as more light- hearted comic moments.

You can read this article, and the complete Hungarian Film Magazine – Cannes 2016 issue here: https://issuu.com/hungarianfilm/docs/hf_cannes_2016